On July 31, 2015, the Caribbean Bar Association held its annual Reading Celebration at the renowned African-American Research Library in downtown Fort Lauderdale. The CBA has partnered with the library for the past four consecutive years and the event has grown significantly since its early days. This year, Desmond Hannibal and library staff were able to invite over seventy children from neighboring camps and day care centers to the celebration. In keeping with the CBA’s goal of educating the community about Caribbean culture, the CBA selected Tap Tap, a book about Haiti by author Karen Lynn Williams. Tap Tap features a little girl who goes to the market with her mother and wants to ride the bus, called a “tap tap” in Haitian creole, instead of walking.

Leading off the reading was Judge Jason Dimitris of the Eleventh Judicial Circuit who was accompanied by his judicial assistant and bailiff. Other readers included members of the Caribbean Law Students Association from Nova Southeastern University, local attorneys and CBA members Hilary Creary, Georgia Robinson, Serena Witter and Stefan McHardy and CBA board members including President Annika Ashton, Vice-President Devona Reynolds-Perez and Secretary Kimare Dyer. After reading the book, Steve Higgins of Stoosh Productions led the children and the readers in a round of Caribbean songs and ring games. With the assistance of grants provided by The Florida Bar Young Lawyers Division, each child left with their own bag of school supplies and two books, Tap Tap and Jamaica’s Find. 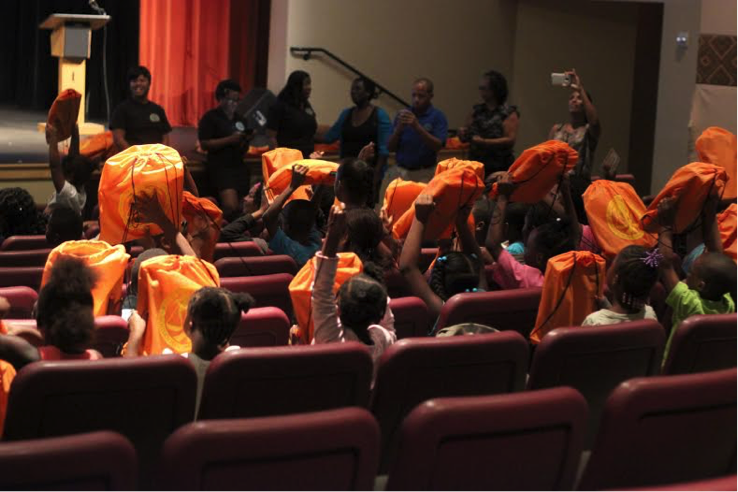 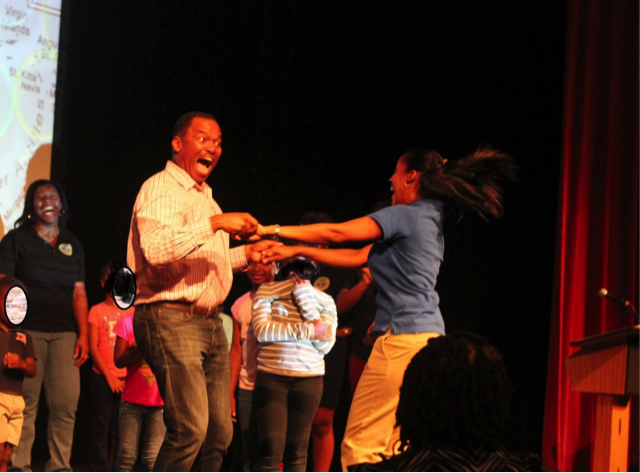