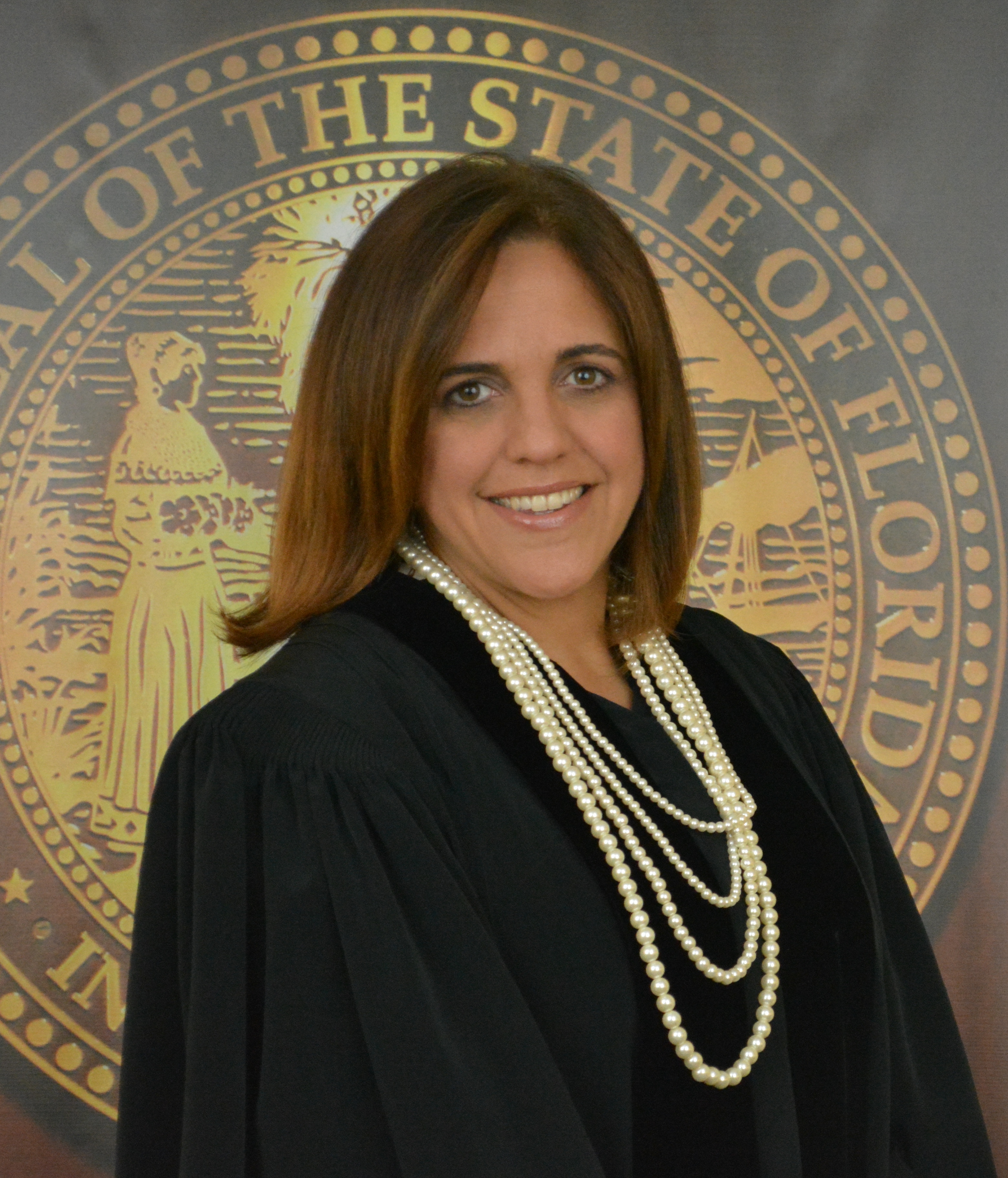 #LWW: What was your path to the bench; both county court and circuit court?
I honestly had no expectations to run for judge until Judge Steve Leifman tried to recruit me to interview for a Part Time Traffic Hearing Officer position that the Traffic Division was interviewing for in 2004-2005.  All I knew is that when I started as a Certified Legal Intern in the Public Defender’s Office in 1998 is that I absolutely LOVED being in the courtroom.  So much so that I did it almost Full Time as an intern.  I was hired to be an Assistant Public Defender in 1999 in the Florida Keys and opened my own la practice in 2000 in Miami, Florida handling Criminal and Family law cases.  In 2005, I became a Traffic Hearing Officer while still maintaining my law practice.  One week sitting in as a quasi-judge, I knew there was simply no other career path for me! September 5th, 2006, I was elected as a County Court Judge after a very difficult countywide race.

In January 2007, I spent one year handling criminal matters, uncontested divorce hearings and civil domestic violence cases before transferring to the Domestic Violence Division in 2008 where I spent over eight (8) years.  I did transfer to the County Civil Division in 2013 for four (4) months before I returned to serve as the Associate Administrative Judge in the Domestic Violence division.

County court really gives you the true meaning of what “people’s court” is all about! You are really dealing directly with pro se litigants for the most part and your decisions directly impact their lives and shape their vision of what the judiciary is all about.  In addition, in county court, when you work in the criminal division, you get to shape, teach and inspire young prosecutors and public defenders and watch them grow into incredible litigators.

#LWW: Which woman inspires you and why?
As not only a judge, but as a person of great character who inspires me to this day, I have to say it’s Chief Judge Bertila Soto.   Chief Judge Soto and I are friends and someone who reads this may say that’s the reason I chose her, but honestly, Judge Soto and I only became friends about five years ago.

Without even my knowledge, she authored a recommendation letter for me to get into high school in 1986.  I attended her first fundraiser for county court judge in 1996 with my father while I was a first year law student.  She embodied everything you look for, not only as an attorney and a judge, but as a daughter and mother.  She broke barriers, in my eyes, as a Cuban American woman and at all times still handles herself with grace and fairness taking on one of the biggest issues in our community which is the desperate need for a new courthouse in Miami-Dade county.

#LWW: What is the greatest challenge you faced in getting to where you are today?
The greatest challenge probably is fear in general. Fear to not succeed, of not doing the right thing, of failing.  I think it’s a natural inclination in the very competitive law field in Miami.  It never leaves you, but if you channel it correctly, it’s what pushes you to strive to work hard and not give up on your goals and in the end, SUCCEED.

#LWW: What are the unique challenges faced by women on the bench or aspiring to be elected or appointed to the bench and what piece of advice would you give those aspiring to be elected or appointed to the bench?
I think in Miami-Dade County we are very blessed that women, in general, make up close to fifty (50) per cent of the judiciary and more women continue to get elected and appointed in the 11th Circuit.  I truly did not feel that I had any greater challenges than men when I ran in 2006 and in 2012.  As a legal community, we have come a long way as to women and I think we continue to strive to make sure other minorities are represented on the bench as well.

Any person who wants to either be appointed or elected, in my opinion, has to get intimately involved in one of our great voluntary bar organizations in Miami as well as in the community.  No matter what law you practice, get involved in the organizations that promote your practice so that you meet the lawyers who are the current leader or future leaders in the legal community.  Mentor young attorneys or law students.  Become a member of one of many the Florida Bar committees and attend meetings across Florida in the area you practice in.  You will learn more from the lawyers involved than the time you give. Teach at conferences or at law schools in your particular field.

#LWW: Balance.  Is there such a thing for women in the law? How do you “balance” all your roles and responsibilities?
Balance? For women, It’s called “multi-tasking”! It’s a constant juggling act!  As a judge, that’s a 24 hour, 365 days a year  job.  Whether you are in court, writing orders in the office, attending events in the legal community or volunteering to teach or speak.  Just this week I am serving my rotating turn as a judge for “emergency duty” which consists of being available 24 hours a day in Miami for a week.  That means I could get a call tonight by the police at 4am to execute warrants.  I love what I do, so that makes it easier for me.

I would have to admit that the ability to disconnect it is one of my biggest weaknesses in my job.  I do not have children and am constantly amazed how I see so many of my colleagues do the jobs we do and still have to fulfill their roles as parents on a constant basis.  I think for a woman who practices law, balance is that “beast you are always trying to conquer”.

#LWW: In your position, what do you do to promote women in the profession?
I think I try to always inspire women in our profession to go out there and not be discouraged.  It is scary when you are a young or new lawyer.  I like do this through internships in my courthouse, speaking at legal events or at schools or when I mentor young students or attorneys through some of our voluntary bar organizations.