The nature of the legal profession is inherently stressful, and each person tackles stress in their own way. Many lawyers take part in physical or mental activities entirely unrelated to legal practice to relieve stress and escape the daily grind. Atlanta lawyer Brian D. Burgoon has a pursuit that combines both – flying airplanes.

Burgoon, a lawyer since 1997 and out-of-state representative on the Florida Bar Board of Governors, first began flying in the summer between his junior and senior years of high school in Ocala. As a 17 year old, he logged over 30 flight hours as a pilot, and flew more than 8 of those hours solo, in a single engine, 2-seater Cessna 152. However, he eventually put flight training on hold before getting his pilot’s license.

Although Burgoon always loved flying and aviation, the experience slowly faded into memory until late 2011 – 22 years after his initial flight training – when a friend and fellow lawyer took him up in his airplane. Within five minutes of taking off, Burgoon was hooked and decided to go back and pursue his pilot’s license. He earned his private pilot’s license in 2012 – this time in a 4-seat Cessna 172. He earned his instrument rating later that year, his seaplane rating in 2013, and his commercial pilot’s license in 2014.

“Flying gives me an escape from the day-to-day practice of law. There isn’t a single time that I head to the airport for a flight when I am not excited about getting in the airplane,” Burgoon said. The attention and focus necessary to fly a plane virtually requires him to forget about being a lawyer and all the of stresses that go with it when he flies. “The physical and mental attention that accompanies each flight, in a way, is its own form of exercise and stress relief.”

And the chance to see the world from a mile or two above the ground adds to the thrill of flying. Burgoon jumps at the chance to get in an airplane. On a recent trip to Aspen, Burgoon rented a plane and arranged for a mountain flight instructor to fly with him for three days. “Flying in the Rocky Mountains, and seeing parts of the country that you can only see from the air, was an incredible experience that I will never forget,” Burgoon said. 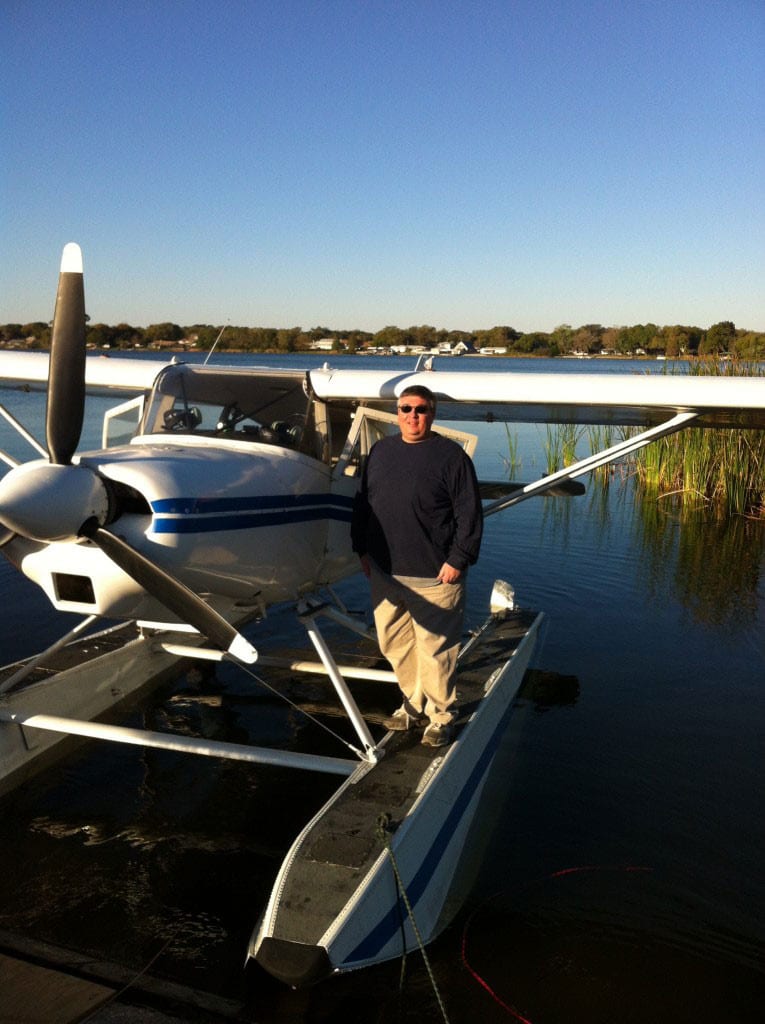